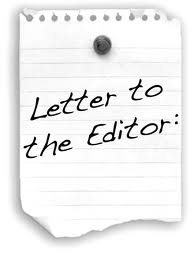 As a concerned parent and taxpayer of the Ramapo-Indian Hills School District, I am in total disbelief with the Ramapo-Indian Hills Board of Education and its fact finders report. The “supposed” independent report from the fact finder is completely “one-sided”. It is obvious why the Board of Education accepted this completely biased report, and at the same time it is obvious why the teachers union had no other choice but to deny the report. How could a union agree to the terms of a report that continually cuts the take home pay of many of its members.

What people are failing to realize, is the Chapter 78 (employee contributions to health care) law that former Governor Christie enacted back in 2011 is crippling teachers statewide. With the never ending increase in premiums, teachers have to pay more and more every year for health care. And while Governor Murphy’s office needs to step up and provide some relief at the state level, the Ramapo-Indian Hills Board of Education also has to realize that the teachers simply cannot accept a deal that continues to rob them of their hard earned wages.

It is time that the Board of Education steps up and offers the teachers real relief in the form of a percentage cap that they are asking for. This is exactly what has happened in recent contract agreements like Mahwah.

Ramapo-Indian Hills is a great school district that has tons of money to get this deal done and end the nonsense that the teachers, and subsequently the students are dealing with. This district continually pays its administrators ridiculously high salaries and also spends funds on material items like crazy, They have to stop the continued loss of great teachers . One only has to look at the Board of Education Meeting Minutes for resignations, future resignation and even the letter that was just sent home to parents for the 2018-19 school year, which says “As staff hiring has not yet been completed, minor changes may occur prior to receiving your final schedule”. Is that a joke? How can the district even send that to parents? I guess the district is stating that my child’s education doesn’t matter and is a clear sign of arrogance of the Board of Education in their refusal to settle a fair contract.