Villanova had just lost a 9-point lead in the Championship game; a game that most basketball players spend their lives dreaming about. With a few seconds left the Villanova coach called time-out and huddled his players together. I wasn’t in that huddle, but does anyone think Coach Wright berated his players with lines such as “we blew a commanding lead”, or “you guys are terrible, how could we give this game away”. I would bet that he did not say anything even remotely similar to that type of amateur language or convey anything of that attitude. Instead, coach probably said something along the lines of “we have 4.7 seconds left in this game, let’s get someone with a clear shot and leave here Champions!” then talked strategy about how to accomplish their feat. 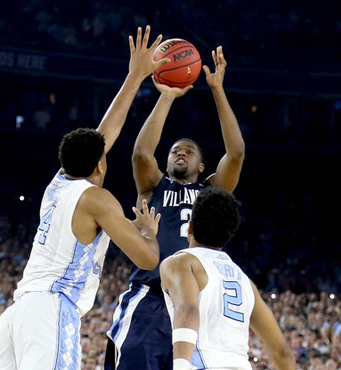 In all my life experiences of dealing with successful athletes, and at times professional athletes, the one clear intangible personality aspect they have over most everyone else is there absolute belief in themselves and a positive approach to everything they try. Successful athletes believe they can and will do what they set their minds to accomplishing. After the championship game, the interviewer asked Kris Jenkins, who took that last second shot, if he thought that ball was going in when he released it. His reply “I believe every shot I take is going in”. No that isn’t cockiness that is a person’s absolute belief in oneself, which gives him the advantage of taking his God-given-ability and making it successful.

This type of personal belief is not only seen in successful athletes, but can be seen in successful people in general, regardless of their chosen walk of life. Those that watched the first couple seasons of The Apprentice might remember the show started out with young, brash, confident future entrepreneurs. They all believed they would be successful one day; they just needed to find out how to get there. Look around at anyone who is successful, and you will see a level on belief in themselves that can easily be mimicked. 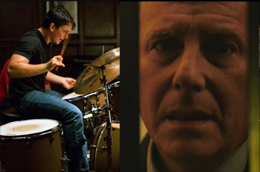 What keeps one person in the game and the other person on the outside looking in; self-belief. There is a great example taken from the movie “Whiplash”. If you have watched the movie, the final scene has Andrew walking off the stage into his father’s arms in self-doubt. The story tells us that his Dad, although a loving father, was not a very successful man. In an instant Andrew walks out of his father’s cradle and back onto stage, as he believes he is the best drummer and challenges his conductor/teacher. As Andrew plays the drum solo of his life, one that rivals the great Bird, his father could only peak through a door to watch Andrew in his world. That level of belief, that level of self-confidence is something that made him uncomfortable and a place he would never approach.

Back to the buzzer beater, during that same interview Kris Jenkins told the reporter he called for the ball, knowing he had the clear shot. Did he waiver in his belief? Did he say “anybody but me”? No he wanted the ball in HIS hands because he believed he could make any shot he takes. That’s the difference between someone who is on stage and someone who can only peak through a cracked door; regardless of their chosen profession. We can all learn those lessons from that breath taking game, and apply them to all and every aspect of our personal lives! We are only on this planet for a short time; believe you can make every shot you take!

One thought on “Lessons Learned from Villanova’s Buzzer Beater”