Home » Features » “Once There Was Indians All Over This Place”

“Once There Was Indians All Over This Place”
By Kevin Heffernan

That wonderful and memorable quote is directly from a sign that was once proudly displayed from the flag pole for generations in Bush Plaza. 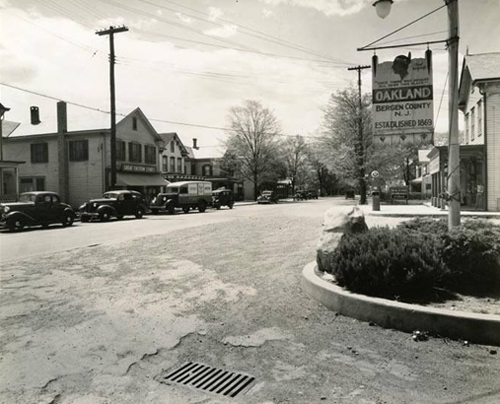 The quote and depiction of an Indian of an unknown origin form a tearful lament, a proud but sad reminder of Oakland’s past and a vehicle for the questions as to why they left, when did they leave and where did they go. It is tearful lament because it weeps for the despicable and shameful treatment of primarily the Dutch toward the Lenni Lanape Indians and then continued by the British. It reflects the shame of their treatment and what was tantamount to being forced from this valley. The sadness in the reminder speaks to Oakland’s loss of a proud ancient people who walked this land. We are justly proud of our Indian heritage depicted in the sign and we show it.

When I first moved to Oakland in 1979, I was amazed with infusion of all things Indian here as the sign that adorned our Bush Plaza was a proxy for the panoply of everything Indian. There was the Wig Wam, Yawpo Ave and every street in the Manito Section named after Indian tribes, Indian Hills H.S., Oakland sports teams named after Indians, the mural in the old Oakland Library, Indian heads adorning every fire truck, the Lenni Lenape restaurant. The honored replica of the Indian sign adorns the Oakland Council Chamber today. Forgive me if I missed a few.

But why aren’t our native people today walking upon the Oakland land of their ancient forefathers? To answer that question, we need to go back to the Dutch and then on to the British prior to the American Revolution.

The ugly truth is that the Dutch hated the local Indians and the Brits weren’t much better. Both thought that they were lazy, uncontrollable and bad workers. But they were easy targets for cheap booze, trinkets and diseases for which they had no defense. Metaphorically, the Dutch used an ax against the Indians while the British used a stiletto with equal results.

In 1639 when the Dutch controlled both New York and New Jersey, the arrival of a new Dutch governor, Willern Kieft, set a new, low precedent for savagery against the Indians. It’s called Kieft’s War and was initiated by his despicable decision to send an armed party of men from Manhattan to what is now Jersey City to attack an Indian compound. They slaughtered every Indian man, woman and child in the village. When some braves returned from hunting and discovered the slaughter, war was declared. The Dutch lost that war. 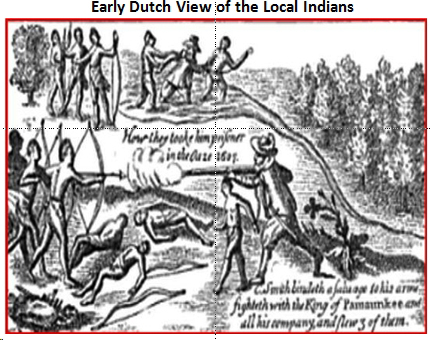 Then in 1655 there was the Peach Tree War wherein when an Indian boy in Manhattan was caught climbing a peach tree on a Dutch farm. The farmer shot and killed the boy. The Indians demanded justice in the form of the surrender of the Dutch culprit which was denied. War was declared by the Indians and the Dutch lost again. In both wars the Indians killed and enslaved every Dutch person they could find and burned everything constructed by them. And did you know that there really was a wall on Wall Street from the Hudson to the East River and that it was built be the Dutch for protection from the Indians? The Dutch had a good reason to be fearful.

On August 29, 1758 the Iroquois, Lenni Lenape and the Shawnee Indians signed a peace treaty with the British. While the details and causes of the treaty are not germane here, a direct and local result of that treaty was that the Lenni Lenape ceded all remaining claims to land within New Jersey for the sum of 1,000 Spanish dollars. They had to move away and they did to upstate New York, to Canada and to what is now Oklahoma and Wisconsin. In other words this valley, settled some 63 years prior by the Dutch and which was destined to become Oakland, was now off limits to our ancient people who walked this land for thousands of years.

To be sure, while Oakland was not a Valley of Tears, it is reasonably probable that our original Dutch settlers either directly or indirectly participated in cheating, disrespecting, maligning and otherwise screwing Oakland’s Lenni Lenape in every possible way. It can also be postulated that Oakland’s honor of and sentimentality toward our local Indians of all tribes that passed through here has its primordial roots in both guilt and shame transformed and morphed over time into pride and honor. It is a good thing that we do so albeit that we cannot change either their history or ours.

And it is infinitely clear that Oakland honors our Indian heritage unlike and far more than any other community. This is illustrated in part by the reincarnation of the old Indian sign proudly displayed in our town Council chambers. That sign is intrinsic to our history and it and of itself should be honored. It recalls the original, historic sign that hung for generations at Bush Plaza proudly proclaiming in the best mangled English and an inaccurate date that, yes, Once There Was Indians All Over This Place. 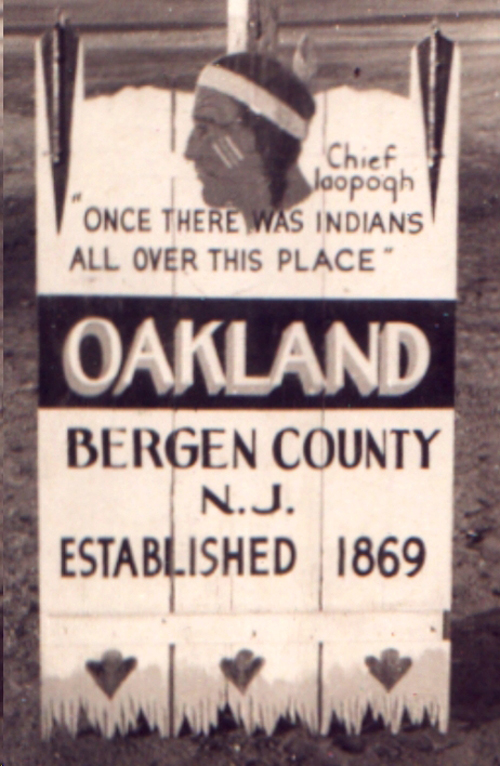 2 thoughts on ““Once There Was Indians All Over This Place””