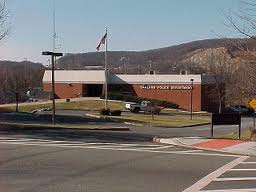 MARCH 1:  Officer Bart Pagerie was dispatched to the Oakland Motor Vehicle Commission for a 39-year-old male Suffern, NY resident who was found to have multiple active arrest warrants issued out of the Elmwood Park and Maywood municipal courts.   The offender was taken into custody, and later turned over to the Elmwood Park Police Department for final disposition.

MARCH 2:  Officer Stephen Broek investigated a walk in complaint regarding an Oakland resident being the victim of identity theft.  The resident stated that he discovered his identity was compromised when he learned that someone already attempted to file a tax return in his name without his knowledge or consent.  Report filed.

MARCH 4:  While on patrol, Officer Bryan Rowin initiated a motor vehicle stop on Maple Avenue which resulted in the arrest of a Paterson, NJ resident who was a Wanted Person out of Passaic County for Child Support in excess of $87,000 .  The 45-year-old male was taken into custody, processed, and later turned over into the custody of the Passaic County Sheriff’s Department for final disposition.   During the course of the investigation, a 21-year-old female Oakland resident who was a passenger was found to have provided a false identity in an attempt to hide an active criminal warrant for her arrest which was issued out of the Newton Municipal Court.  The female party was criminally charged with Hindering Apprehension and later turned over to the Newton Police Department for final disposition.