Home » Local Events » Trump: The Back of His Background

Part 3: Trump: The Back of His Background

So who is Donald J. Trump? What’s his background?

According to biography.com, Trump was born in Queens in 1946 to Frederick and Mary Trump. His father was a builder and real estate developer who operated middle-class apartments in Queens, Staten Island and Brooklyn. His parents decided that to help their son be a bit more disciplined and instill some further values, they would enroll him in the New York Military Academy when he was just 13 years old. It apparently worked as he did well overall at the school, from which he graduated in 1964.

Trump later went to Fordham University and the University of Pennsylvania, graduating from Penn’s Wharton School of Finance in 1968. And seemingly from the time he got out, Trump wanted in on his father’s business. During his college years, he worked for his father to learn and witness the ins and outs of the real estate business, then joined his father’s company after graduating.

He expanded the company, renamed it the Trump Organization, and moved to Manhattan to grow his empire. While his father was more interested in the outer boroughs, Trump wanted in on the real estate market in Manhattan and soon was making influential deal after deal to raise himself and his company to new heights. His success in working with New York City on the Javits Center and with Hyatt in creating the Grand Hyatt Hotel by Grand Central Station made him a fixture in New York. His name identity grew further when he decided to build Trump Tower, which opened in 1982, and when he invested in casino gambling in Atlantic City, NJ in the early 1980s.

Throughout the 1980s, Trump focused his efforts on New York City real estate and plans for building monumental structures and complexes in Florida and California to grow his real estate reach there, and in other efforts that he thought would expand his business portfolio, such as Trump Shuttle.

The 1990s, however, were a very tough time for Trump. The slumping real estate market left him close to a billion dollars in debt. Family times were also tough as he divorced his wife and married an actress with whom he had a child previously, only to divorce her a few years later.

The 1990s also showed Trump’s first foray into politics as he briefly sought the Reform Party’s 2000 nomination for president.

In 2004, what many Americans know Trump for was born when “The Apprentice” launched on NBC and became an instant success, still on today mainly under “The Celebrity Apprentice” title, starring celebrities competing for charity.

In 2012, Trump briefly considered running for president but instead spent most of his time attacking President Obama over the so-called “birther” issue, arguing that Obama was born overseas and is ineligible to be president of the United States. Flash forward four years and on June 16, 2015, Trump rode down his Trump Tower escalator to announce he was running for president of the United States as a Republican and the rest is, and continues to be, history. 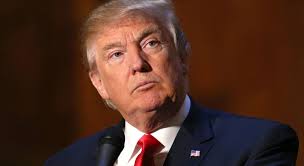 So what does Donald Trump value? What is important to him? Why does he do what he does? I’ll have more to say about this next week. But for starters, he clearly values himself and his image. He values people who support him. He values success and does whatever it takes to succeed as he understands it, whether that’s making deals with people, influencing politicians, or using strategies that may certainly be legal but of questionable ethics. I think Trump feels right now that he is the spokesman for millions of people who are rightly disaffected, upset, and completely and utterly frustrated with all that has happened in Washington, D.C. I share and feel and understand that anger. My issue is whether someone like Trump, who is all about himself, can really serve all Americans and the overall safety and well-being of America.

Now unlike what some from the left believe, I am not saying that Trump wants to cause America any harm, as I think that’s the farthest from the truth. However, I think that while his opinions are sometimes correct and his reasons for being upset are justified, his exact solutions are not going to solve the problem, are inconsistent with other things he has said before, or so all over the place, I can’t trust what he’s telling me is actually what he wants to do.

All of Trump’s life has been about making deals and being successful. That’s apparently his aim. He wants to make America great again. He wants better trade deals. He wants a border wall. The list goes on. Deals are not a bad thing broadly, we’ve all had to make a deal for something at least once in our lives, but then if everything is a deal to Trump, as it appears to be, what is considered a value if everything is negotiable? What is he willing to fight for if it can be bargained away in the boardroom for something else?

Interestingly enough, Trump’s apparent governing strategy reminds me of what unions do when trade negotiations need to occur. They say they want x, y, and z in a new contract and get all of their members riled up protesting, shouting, picketing, and the like to fight for those things. And the unions and many of those members seriously do want those things, but the leadership of the union has to know that the chances they get those items and/or all the items they want is very slim to none. But the purpose of that is to gain support among members and have something to bring to the table when trying to make a deal. What winds up happening? Unions make a concession on two items, they get one item from the business right away and a second item over time promised to them. Could that be what Trump is doing? Going to one extreme knowing its likely not going to happen, but to rally support from the public, but then if and once elected, he makes a deal for still mainly what he wants but a very scaled-down version of that?

Now another thing for me as an issue is his faith. I’m not looking for a theocratic leader in chief, but I know that one’s morals and character often come from other influences and religious experiences and beliefs in one’s life. From what I do know, Trump has come out and said that one of his values is that he doesn’t smoke, drink, or do drugs because his brother Fred died at a young age from those bad habits. I not only applaud Trump on conducting his life in that manner from a health point of view but those are values that I also hold strongly and am proud to see that someone with those values can be successful in a world and culture that doesn’t necessarily appreciate that type of thinking and action. However, other additional and deeper things make me wonder – from his attacks on people he disagrees with to statements he’s had about his faith.

It is certainly his right to be upset at others and take some actions against them, but is calling people a bimbo or other nasty terms the way to go? Is that language we’d want to use ourselves, or to have our kids and cousins use? Is that how we want the leader of the free world to talk? New Jersey Governor Chris Christie, has definitely shown some bluster, and his colorful language can be effective in getting his point across and calling attention to a subject. They call it the bully pulpit for a reason (though in not the same way as Theodore Roosevelt meant when he coined the term). But at other times, one has to wonder if maybe a bit of a toning down or showing a bit more self-control would be necessary and proper.

With regard to Trump’s faith, besides clearly showing some ignorance on his supposed faith (“Two Corinthians”), he’s said things like “I will be asking for forgiveness, but hopefully I won’t have to be asking for much forgiveness,” and “I am going to be the greatest jobs president that God ever created—remember that.” I believe that we all have work to do to grow and keep our faith in God, but to me it seems Trump uses his faith as a check off box that he has it instead of maybe a To-Do list in order to make sure he’s keeping up and sticking with it.

I’m not going to be the judge on whether Trump is a believer or not as I’ll leave that to God himself, but it does make me wonder if the faith he claims he professes really impacts him and the decisions he makes in the life that he lives. People around the world look at America as an example of liberty and as an example and I believe a faithful, God fearing leader is important not just a person of faith myself, but also an example to the world of the power of God and His importance. America is not in the businesses of converting people, no, no. But as a world leader, we have a responsibility to lead and lead with authority, lead with grace, lead with direction, and lead in a way that shows other what we’re really about as a country. I don’t think that’s the type of leadership we would get from either Donald Trump or Hillary Clinton.

In the next part, I’ll present an interesting theory regarding Donald Trump’s personality.