On June 20, 2012 as a result of a motor vehicle stop on a suspect known to have an active warrant, Ptl. Broek arrested the 23 year driver of Oakland .  In addition to the $500.00 warrant, the officer located drug paraphernalia in the vehicle and discovered that the driver was operating his vehicle during a period of license suspension.  He was transported to headquarters where $1000.00 cash bail was posted and he was later released. Ptl. Dan Kern assisted. 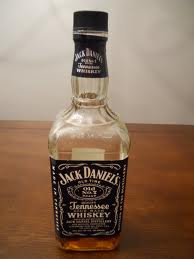 On June 22, 2012 Sgt. Sanzari initiated the stop of a suspicious motor vehicle on the property of the Indian Hills H.S. at 1:55 a.m.  During his inquiry, the officer located an open bottle of Jack Daniel’s whiskey and a sick pack of beer in the vehicle.  The three occupants, all from Franklin Lakes and under the legal age to lawfully possess alcoholic beverages, were charged with various offenses ranging from having an open container of alcohol in a motor vehicle to the possession of alcohol while under the legal age.  After processing, the individuals were released and given a date to appear in the Oakland Municipal Court.  Officers Keenan and Noury assisted in the investigation.