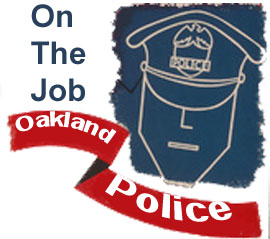 On May 29, 2012 a Doty Road resident reported to Officer Kern that he discovered some fraudulent activity to his Chase Bank checking account. Two unauthorized debits totaling approximately $8,900.00 were made, according to the complainant.  The matter remains under investigation by the detective bureau.

On June 3, 2012 Officer Kern was dispatched to investigate a reported disabled vehicle on I-287 near exit 58.  When the officer approached the vehicle, he located the driver sitting in the driver’s seat but laying across the center console with her head on the passenger seat.  Determining that she had fallen asleep, the officer woke the driver and immediately detected the odor of an alcoholic beverage emanating from her breath as she spoke.  Standardized field sobriety tests were conducted and the 33 year old Ramsey resident was ultimately arrested for D.W.I. and transported to HQ.  She was charged with operating a motor vehicle under the influence of alcohol and later released on her own recognizance.