Home » Local Events » Government In Shutdown, but Does It Need a Reboot?

Government In Shutdown, but Does It Need a Reboot?
Op-Ed by Ryan Schwertfeger
(Editor’s Note: This Op-Ed Piece was written before the Government Shutdown ended) 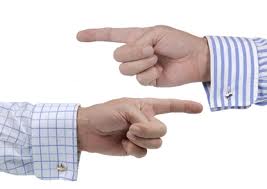 It seems most in America are aware that the government has shutdown for the past several days and opinions about it vary quite a bit. Poll numbers for the President, Republicans, and Congress as a whole have been measured at some of the lowest points in history. Some will be quick to blame just the President for everything, while others will blame Republicans or Democrats in Congress. To be completely honest though, both the executive and legislative branches of government hold some blame for the mess the country is in.

The shutdown is a perfect example of how many Americans have been turned off by politics due to the hyper partisanship occurring in Washington, D.C. In fact, not only American adults, but also the youth of today have signaled that they want to become less involved in politics and more involved in public service. On the surface, this may seem like a good thing; but considering that the next generation of Americans will need to be ready, willing, and engaged in the political process in order to confront the upcoming challenges that face the country, this news is actually quite troubling.

So with the Speaker of the House having trouble with his own caucus to agree on anything, to the Senate Leader being stubborn to discussing any plan put forward, to the President who is not taking a leadership role; the government shutdown has further caused Americans to despise the political process and the politicians making the decisions on their supposed behalf. It seems evident the federal government needs some changes but the question then is this: what can occur to make government work for the people and by the people, instead of against the people and without the people? The answer is that American citizens need to act.

I must say that Mark Levin’s recent bestseller, The Liberty Amendments, has given several thought-provoking ideas as to how Americans can take back their country. Levin, a conservative radio host who is also president of the Landmark Legal Foundation, listed several amendments he would recommend be added to Constitution. However, Levin also says that the only way to get such amendments passed would be to try something that has never been done before in American history: have a majority of the states propose amendments to the federal government. It can reasonably be presumed that most Americans are unaware about this option because all amendments to this point have started at the federal level through Congressional action. But, it is clearly written in Article V of the Constitution that, “…the Application of the Legislatures of two-thirds of the several states, [can] call a convention for proposing Amendments”.

Among Levin’s proposed amendments, ones like term limits for Congress, the repeal of the 17th amendment, constitutional action regarding bureaucracy, and increased power to the states to amend the constitution and override Congress on their own, stand out immediately. It seems perfectly clear that these proposed amendments in particular would not only make the biggest difference out of all of the amendments Levin conjured up, but it would also have the biggest effect in how Americans view their government.

While an argument can be made for and against term-limits, polling shows Americans are clearly in favor of having term-limits for all members of Congress. By instilling term limits using Levin’s recommendations, which is 12 years combined for both houses of Congress, Americans could be assured that the era of career politicians would be over, thus giving voters the ability to elect new people who are compelled to represent their neighbors and fellow citizens in Washington.

The repeal of the 17th amendment is also quite an interesting one, as this would give the election of senators back to the state legislatures. Originally, it was up to the governments of every state to select who would represent their citizens down in D.C. This was originally put into place by the Founders to make sure states still had power in the new government that was created via the Constitution. But when progressivism started to spread in the early 20th century, the 17th amendment was added with the intent to give more power to the people. Today though, many feel like more power is in the hands of the senator who is running with the most cash on hand and not the voter pulling the lever behind the curtain.

Levin also mentions that under a proposed amendment, all regulations that are created in our vast governmental bureaucracy should sunset every three years to ensure that only the most important and effective regulations remain in effect. This would be great news to many small business owners in America who constantly dislike and are afraid of the growing and demanding federal government.

Lastly, by proposing an amendment for states to gain more influence in federal matters, by one, reforming the way states can amend the Constitution, and two, by allowing states the power to override Congressional action; Americans can then ask their closer-to-home state elected officials to act in case higher elected officials ignore their pleas.

By implementing Levin’s proposed amendments, I sincerely think that Americans will regain confidence in their governmental system as a whole. If Americans could be assured that the chances of hyper partisanship would decrease, and the chances of more effective representative government would become reality, I am almost certain that generations of Americans would be more willing and passionate to get involved to make a difference through politics. America has enough problems as is today – heck, Congress cannot even agree to open the national parks for the general public – but that is the least of the worries that young Americans will face in the years to come. Now is the time to reboot the federal government for their benefit and for their children’s benefit.