Home » Local Events » The Tower on Top of Skyline Drive

The Tower on Top of Skyline Drive
By Kevin Heffernan

On the top of Skyline Drive there is a massive stone tower which seemingly is lording over Oakland below as a sentinel of the valley. Everyone has seen it and many have strolled by it going to Ramapo Lake. However, virtually no one knows who built it when and why, what it is, how it got there and where did it come from.

Read on now you will know. But first I’ll offer a brain teaser clue…Oakland owes the existence of our beloved tower to a thirsty Newark some 30 miles to our South. OK, I’ll connect the dots.

The story of the tower begins with one Clifford MacAvoy, a wealthy industrialist who owned Ramapo Lake and environs and lived on top of the mountain in a grand estate. Precisely how and when he came to own that estate and how his lake and surrounding property ultimately became the Ramapo State Forest are involved stories for another time. 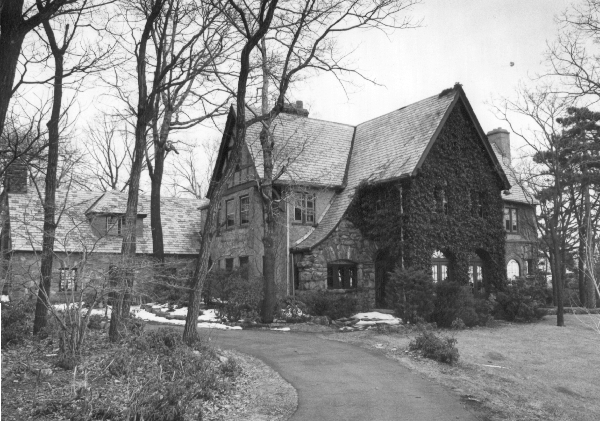 He was also a bit controversial as in 1944 he was involved in a legal battle over payments for building military housing in Linden. That case went all the way to the Supreme Court. 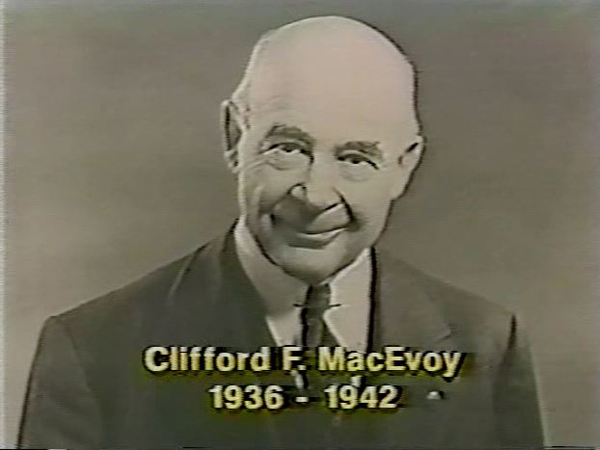 Nonetheless, Mr. MacAvoy was the 3 term mayor of Oakland from 1936 to 1942. More importantly, Oakland has him specifically to thank for the construction of the Ponds Memorial Building by the WPA in 1934, for initiating the development of Rt. 208 to Oakland and for allowing Bergen County to take over the administration of Ramapo Valley Road. 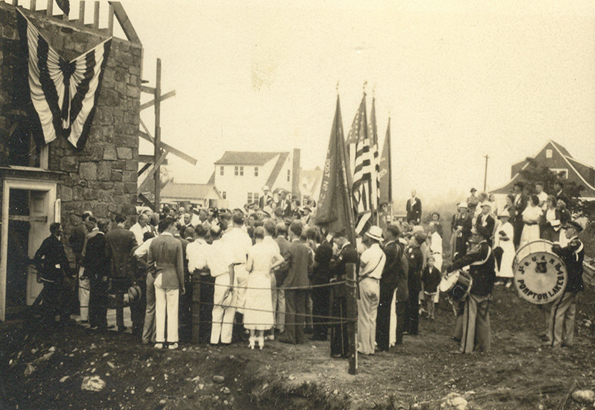 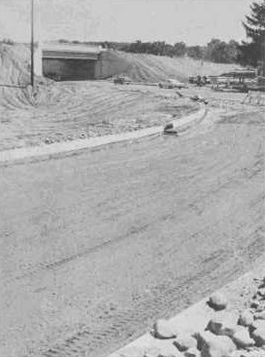 Our story begins in the early 1920s when the City of Newark exercised its right to build a reservoir in the Ramapo mountains using the Wanaque River in Wanaque as the water source. But then, as today, the Wanaque-Ringwood valley in the Ramapo Mountains was filled with trees, businesses, buildings and houses, all of which had to be cleared and removed to create a reservoir in addition to building a dam. It was not a small task as the dam was finally opened in 1928.

Enter Mr. MacAvoy. In 1921 he made a successful bit of $543,724 for the grubbing and clearing of the land for the reservoir. For those like me who didn’t know what grubbing is, the definition is the removal of trees, stumps, shrubs and rubbish from a site. Anyway, he was up for the job. One particular item in the way of the reservoir was the Wanaque River Paper Company in Wanaque located directly on the river. As with all paper companies, it used lot of water and indeed had a water tower on site. Mr. MacAvoy, after seeing the tower had a bright idea and acquired it. 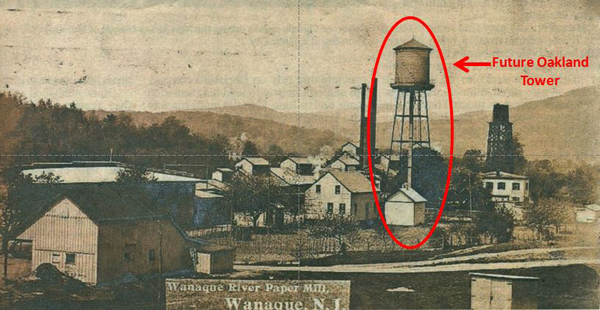 His idea was to relocate it to his property and convert it for use as a fire watch tower for the New Jersey Forest Fire Service. It was a particularly good idea since such a tower would be located upon one of the highest points of the Ramapo mountains commanding a 360 degree view for 40-50 miles. And so he moved the water tower and rebuilt it on his property on top of Skyline Drive. Indeed he was full of civic pride and offered the newly reconstructed fire tower to the NJ Forest Fire Service as a fire tower. But he didn’t think it through as the NJ Forest Fire Service graciously declined the gift and said thanks but no thanks. Oooops! The reason was that it was located on private property, not public state property.

By now it was the 1930s and Mr. MacAvoy had an orphaned fire watch tower reconstructed on his property with no one to watch for forest fires. It wasn’t pretty and his wife was not pleased with this useless thing in her back yard. So she had the idea to enclose the tower with stone work (make it pretty) and add 4 concrete based levels to be used by artists (make it useful). And so it was done serving that purpose into the early 1950s. Decades ago I explored inside the tower to the top floor and will tell you that the views are spectacular. Subsequently, the stone-encased, would-be fire tower served as a microwave relay tower, and now as a radio transmission tower. 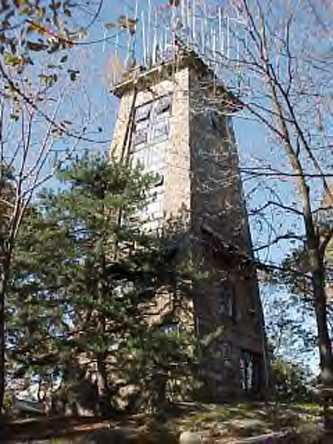 And it also serves as Oakland’s mountain sentinel and reminder of our rich historical past.

3 thoughts on “The Tower on Top of Skyline Drive”