The mention of Seel’s Bar and Grill to most current Oakland residents will most likely result in questioning stare. Seel’s? Huh? What? Where? Well, unless you lived in Oakland prior to 1957, it’s entirely understandable that you might not have ever heard of it. But I assure you that you pass its ghost every day. It lives on as a section of a parking lot on the NE corner of Yawpo Ave and RVR directly across from Krausers. Some might currently know it as Seel’s Shopping Center. Read on to learn its history and how and why a storied watering hole of the rich and famous morphed into a parking lot today.

The origin of Seel’s Bar and Grill dates back to a time prior to Oakland becoming a town in 1902. In fact it dates back to at least the 1880s, if not before, shortly after D.C. Bush enabled the Midland Railroad to come to town and his construction of our long-gone railroad station.

So, Oakland had a railroad in 1869 and a brand new railroad station in 1871. Those events opened Oakland to the rest of the world and while some of the world came to Oakland, they had no place to stay. Oakland needed a hotel and someone had the bright but somewhat obvious idea to build one directly across from the railroad station. Unfortunately, the name of the person who first built the original Oakland Hotel has been lost to history. But we do know that the property upon which the hotel was built was originally owned by the Van Blarcum family and, through marriage, was owned by D.C. Bush. As an aside, the Van Blarcum house still stands as the 410 Building on RVR. The photo below is the only surviving picture of the original Oakland Hotel from the 1880s. While one might expect to see Yawpo Avenue on the right side, be aware that Yawpo Avenue didn’t then exist and wouldn’t for another 20 or 30 years. 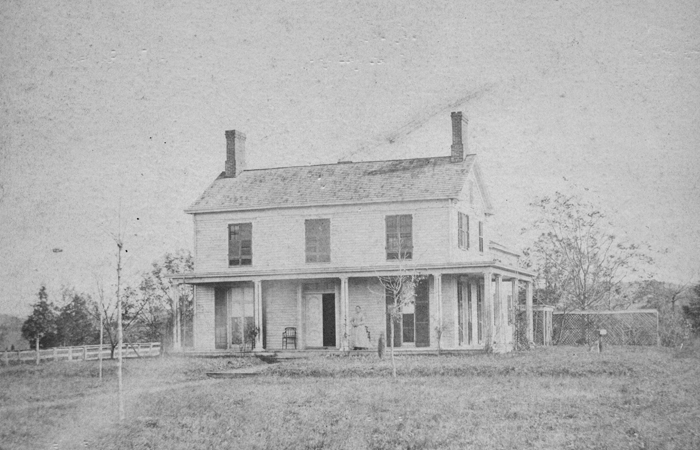 Ultimately the original Oakland Hotel was expanded, modified and became the Seel’s Bar and Grill known to and loved by many Oakland residents as well as some of the rich and famous. 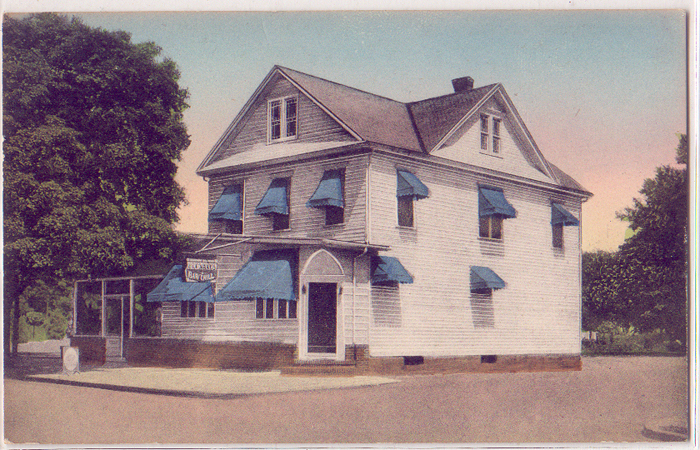 The Seel family acquired the Oakland Hotel in 1929. Indeed the acquisition was timely as Prohibition ended in 1933 enabling the development of its famous bar. Prior to the acquisition of the Oakland Hotel was owned and run by Harry Cortright. However, the property owned by the hotel was somewhat limited. In 1934, Mr. Seel, Sr. acquired the adjacent lot to the North from the Oakland Realty Company formed by Clarence Chapman thereby extending his property to the railroad tracks. That property acquisition enabled Mr. Seel to expand the original hotel building with its bar to build a confectionery and stationary store. Most likely that expansion was a nod to the new Oakland Military Academy which opened on RVR in the same year in the former Calderwood Manor one block away. The Seel family discontinued the hotel operation, focused upon liquid refreshment and lived above the bar. 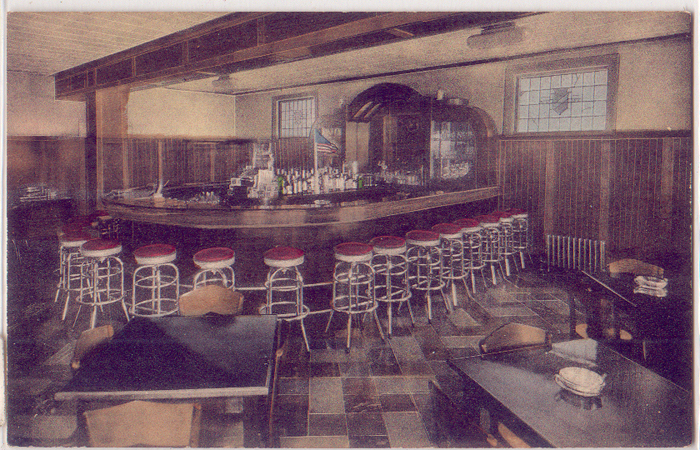 In 1946 Art Seel, Jr. came home from serving in the Navy in WW II and joined the family business. He 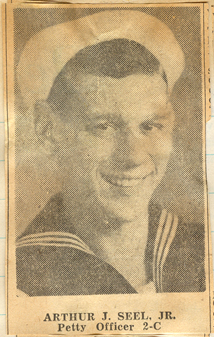 was a son of Oakland having been reared here and attended our schools. After the passing of his father, Art Seel managed the entire enterprise. And ultimately Art Seel became a towering figure in Oakland. 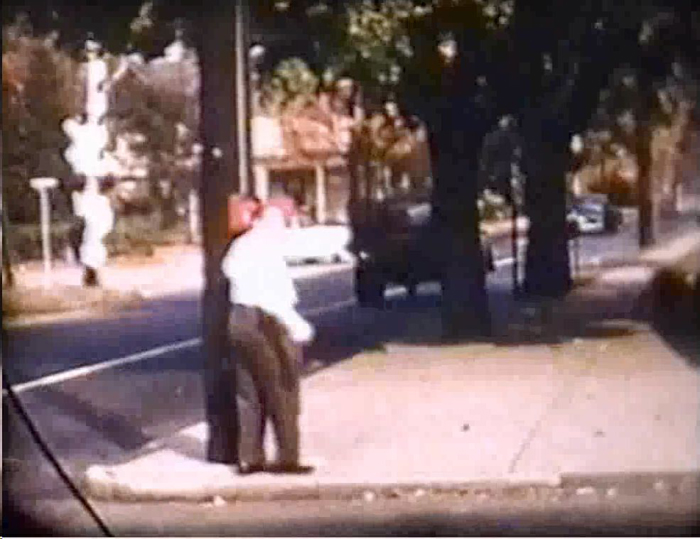 It must be recalled that Oakland after WW II began to experience a tsunami of new residents and new homes. Additionally, our fire alert system was limited and crude even by the standards of its day. More to the point there were only a few fire call boxes positioned around town then and one of them was located in front of the entrance to Seel’s Bar, a half block down from the original Oakland firehouse on Yawpo Avenue. But at least half of Oakland residents and businesses had telephones then. Enter the spirited Art Seel. As it informally evolved, if a resident saw a fire, he would call Art Seel at his bar (and home) who then would immediately pull the fire alarm located outside of his front door. Art Seel’s service to Oakland was recognized by the OVFD by making him an honorary fireman.

It appears that young Art Seel always had an eye for the modern. Accordingly, in 1951 he installed the latest in bar equipment a mere 18 years after the bar was legally permitted to operate following Prohibition. And that same modern eye led to the demise and destruction of the storied Seel’s Bar six years later. 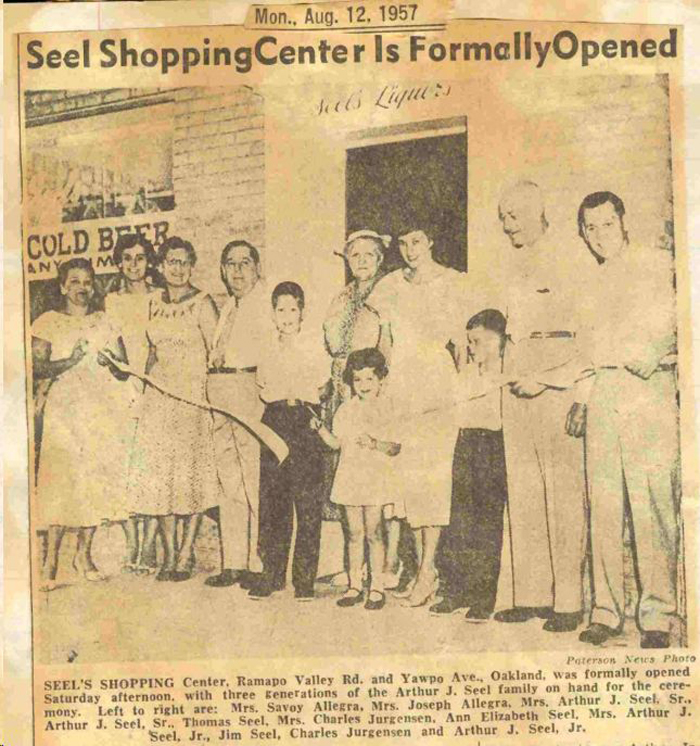 On August 12, 1957 Art Seel officially opened a new bar directly behind the original Seel’s Bar as part of Oakland’s very first strip mall. Initially, the strip mall was a modest affair with only four stores although he planned and built four additional stores on the end of the original. The first stores to occupy the strip mall besides the new Seel’s Bar were a stationary store owned by the Allegra brothers, Everetts Market and a bakery, the Goodie Shop. The strip mall was designed and built by the Lockwood Brothers of Pompton Lakes. The new Seel’s bar anchored the south end next to Yawpo Avenue. The bar ultimately became Pete and John’s Paint Store. For the sentimentalist, a piece of the original bar wall paper remains in the back of the paint store. 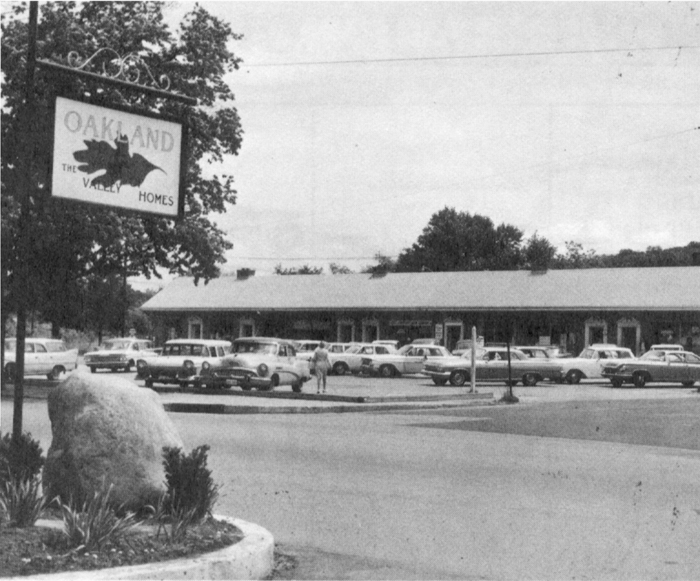 At that point, Art Seel had a new strip mall and a new bar. He also had the original, famous Seel’s Bar building directly in front of his mall. The original Oakland Hotel come Seel’s Bar had to go and it was demolished in 1957.

And so it is that the legacy of Art Seel is that he developed Oakland’s first strip mall and in doing so, destroyed a legendary building and bar. Thanks, Art. The new Seel’s bar didn’t last long as the charisma and the magic were gone. All have been replaced by a few parking spaces in the strip mall as had the Oakland Military Academy when Copper Tree Mall was developed in 1963. No longer were the sights and echoes of the illuminati that filled the bar stools and no longer would there be the ring of the telephone calling in a fire. Only the ghosts of the times, sights, sounds and people linger on.