“There is this to be said for walking: it is the one method of human locomotion by which a man or woman proceeds erect, upright, proud and independent” -Edward Abbey 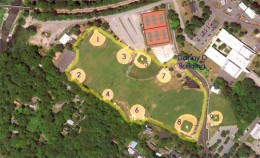 A lot of folks talk the talk, but they soon may be able to walk the walk.

In the discussion stages during the late naughts, the plan for a walking path in Oakland was brought before the town council in 2009 by the Oakland Recreation Commission.

Working in conjunction with a member of the Shade Tree Commission, their plan described a path around the Oakland recreation complex. The concept is similar to one already in place in Franklin Lakes, one being considered in Wyckoff, and numerous other suburban towns seeking to expand recreational opportunities beyond organized sports.

According to council member Coira, who spoke of the project during the last council meeting, the Sports Association of Oakland will be earmarking all the profits from the Oakland Town Carnival towards the building of the walking path. A posting on the Oakland Recreation website describes the route of the path, and the accompanying map is based on that description.

Expanding traditional efforts focused on organized sports, the proposed walking path will provide a resource for demographics not normally served. Senior citizens will be able to pursue a natural and low impact form of exercise, and parents with strollers will find the walking path a welcome addition.

The physical benefits of walking – which has the lowest dropout rate of any exercise regimen –  are expansive. A positive impact has been shown on blood pressure, sugar levels, lipid profile, and body weight. Walking has also been associated to reduce the risk of osteoporosis, breast and colon cancer, and Type 2 diabetes.

Studies have also indicated that walking can alleviate the disease progression, or symptoms, of Alzheimer’s, a disease with no known cure at this time. Some researchers point to evidence that the regular exercise improves oxygen flow to the brain.

The average person’s brain also benefits from walking. The Center for Disease Control and Prevention reports that antidepressant use has risen nearly 400% since 1988, and moderate exercise has shown to help with depression.Walking outdoors provides the additional benefits of fresh air, visual stimuli, and social interaction which enhance the purely physical attributes of exercise.

Oakland, located at the foot of the Ramapo mountains, offers numerous opportunities for residents to hike outdoors; and, it’s hilly terrain provides the town with a unique landscape. But these benefits can can make a simple walk a challenging endeavor to the less physically fit, the elderly, or those with small children. The proposed walking path opens up an opportunity for expanding recreational opportunities for all residents.

While many people have been talking the talk, it’s walking the walk that makes it real. 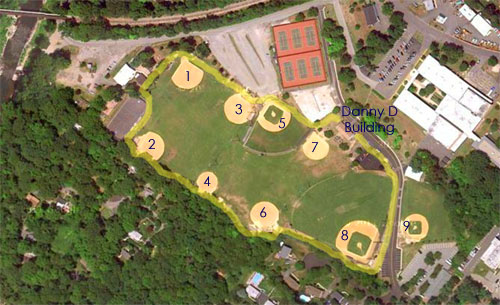 13 thoughts on “Walking The Walk”