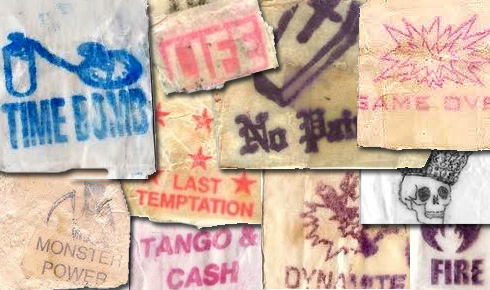 Stamp collecting, as it was known to previous generations, grows less popular with each year.

The growth of the Internet, mobile phones, and wireless communications have led to less and less mail being used and less stamps being collected.

One type of stamp collecting is not dying out – but those who do the collecting can die. These are heroin stamps placed on baggies and are used to identify the dealers brand of heroin.

They have no collectors value, though in 2010 heroin stamps were part of an art exhibit at the White Box Gallery in NYC.

Heroin is a growing business, and much of that business is growing in the suburbs of America where it was once looked on with disdain as a “ghetto” drug. New Jersey is especially fertile ground for the expanding market as it is often the port of call for shipments coming in for distribution in the northeast and eastern seaboard.

The increase in the number of arrests involving Franklin Lakes, Oakland and Wyckoff residents indicates that a local problem exists.

Firstly, the widespread use of cellphones allows for easy communication and delivery of drugs. Suburban users who might have be hesitant to travel to inner-city neighborhoods to buy off the street can now order in drugs like ordering in a pizza – probably for a similar or lesser price.

Secondly, and just as disturbing, is the Internet’s ability to allow users to form online communities where drug availability, quality and pricing are discussed. They provide each other support, exchange techniques, and offer reviews in a nonchalant manner as if discussing a movie, a meal, or music.

Their online discussions also delve into harm reduction. They provide tips on how to use, when to use, and – ironically – how not to become a heroin drug addict. Tributes to the fallen are also included in their postings.

While the Internet is global, online communities often form around geographic regions – and so it is with heroin users who focus reviews specific to the NJ, NY, PA markets. One of the latest postings reviews Newark:

The online communities are not simply for established users seeking information on the drug market or sharing experiences – they also provide tips for first time users. Advice is offered over snorting, smoking and the benefits and dangers of using a needle.

A thread entitled, “Yet-another-first-experience-thread-on-Heroin!” offers some insight into the actual situations where a 1st time experience occurs. Recent news reports often link heroin use to the rise is prescription drug abuse – as evident by one user recounting his first experience, “..at the time I was doing ~200mg of oxy daily and my buddy started grabbing dope. I was at his place and he was grabbing some dope so I grabbed a $20 bag”

The traditional situation of drug experimentation brought on by social settings is also still very common. “I was just hanging at my friends house and the shit they had was fire, according to them, so I took a little bump when it was offered to me. “

Another  interesting thread offered for discussion is, would you like it if heroin never existed? The replies seemed to be summed up by one poster who commented, “Heroin is notorious for destroying families, taking lives, and ruining lives but people continue to use because its just too damn good.”

There are more websites devoted to avoiding or dealing with heroin addiction, and they offer an abundant amount of information on the symptoms of heroin use. Constricted pupils, shortness of breath, and itchiness are just a few of the immediate signs of someone being on heroin.

For those interested in understanding the physical changes that occur, it is often good to go straight to the horses mouth. In response to the question, “Anything physically change after u get high?“ Users offered these observations:

Drug experimentation is common in youth, but in generations past the threat of heroin was isolated to the inner cities. It was associated with junkies, losers, poverty and crime – and those negative connotations are slipping away as the heroin market spreads to the suburbs where homes are maintained, families intact, and the belief that one is “too smart” to get addicted and/or die from an overdose.

As the heroin market continues to expand, new products and new threats spread. There is now a growing trend for BTH, Black Tar Heroin which is both potent and cheap — but often not packaged in the familiar heroin stamp. According to one heroin user,”I figured it lower on the scale of dope quality in the US, because BTH to me had always been associated with bad shit on the numerous drug forums I visited. Man was I wrong. …Its true, I now officially prefer BTH over brownish to off-white powder. “

For more information, visit http://www.not-even-once.com/ which is a campaign intended to raise awareness that heroin should not be tried – Not Even Once.