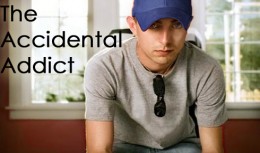 Heroin use is on the rise, and it’s existence in the FLOW community is a certainty.

Recent arrests indicate the availability of the drug to young residents locally, and arrests throughout suburban New Jersey indicate the growing problem of heroin.

Oakland police recently made an arrest that included a Franklin Lakes teenager,  the Wyckoff police made a recent arrest; in Sparta, NJ a father was arrested with 500 bags of heroin stashed in his 5 year old’s toy bag.

The parents of many college and high school students grew up in a time when heroin was the scourge of inner cities, a drug associated with housing projects, poverty, and dirty needles. Those days are gone, and heroin is now an established drug of choice in affluent and middle-class suburbs; the needles have been replaced with snorting and smoking heroin; and, the drug has become purer and more powerful.

Wyckoff Police Chief Ben Fox, in response to the most recent arrest, is expressing concern over the growing problem of heroin use among high school kids, and it’s attraction to those people who may already be already addicted to prescription drugs.

The rise of heroin use in the suburbs had been regularly reported for the last few years, in 2009 a New Jersey drug treatment program for teens had indicated a 40% increase in the number of youth seeking help with heroin addiction.

While youthful experimentation with drugs is often perceived as a phase, heroin differs from other drugs in that a one time use can lead to death and a life long addiction. In the suburbs of St. Louis Missouri, the increase of heroin use among the youth led to the establishment of the Not-Even-Once campaign. The mission is to raise awareness of the dangers involved with trying heroin even once.

The illusion that heroin use can be controlled is propagated by numerous Internet forums where casual and pragmatic discussions concerning use, availability, and prices are discussed. The concept of a casual user masks the lurking danger of a lifelong addiction that can grow rapidly at any moment.

The first video below is of two suburban parents from St. Louis who describe the situation of their daughter, and the helplessness they experienced in seeking help for her once the addiction took hold. The second video reports on the growing problem of heroin in the suburbs of Long Island; the third video is a New Jersey report of heroin use among NJ teens.

One thought on “The Accidental Addict”